​​​During his Council tenure,  John has repeatedly contributed thoughtful input that helped the body to make prudent fiscal decisions. His goal, as always, was to ensure the most cost-effective application of taxpayer dollars and resources.

One such council decision in which John's analyses provided valuable data was the decision not to approve the first convention center.  That project both held the potential to drain the Hotel Occupancy Tax (HOT) fund and even cost taxpayers directly. In addition, it would have been built on state land, over which the city has no authority.

I pledged to always be responsive, read the fine print, check the math, and use my council experience to maximize your tax dollars. I have honored my pledge and ask for your vote for re-election on May 1st. 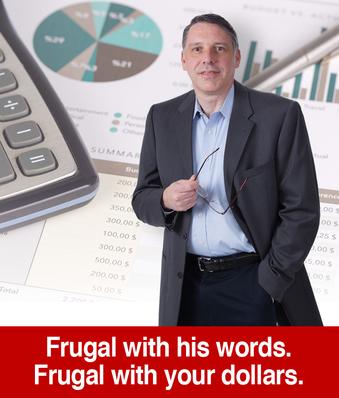 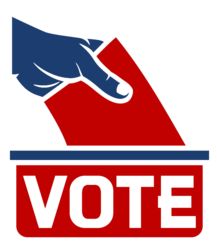 All registered voters qualified to vote in District 4 in the City of Denton may vote for John Ryan during the following dates:

As a small business owner, John understands dollars and cents. John also understands all aspects of our various city budgets, and John is known as a sound policy maker and red tape cutter.

John also has proven his value as a unique asset at the Council table through his skill and speed in making complicated math calculations. Repeatedly, John has identified key data essential to wise fiscal decision-making and ferreted out potentially wasteful expenditures of citizen dollars. His unusual ability to analyze numbers provides great benefit to taxpayers.

John's valuable construction experience, which is relevant given the ongoing growth in Precinct 4, makes his leadership crucial to the Denton City Council. John is also very well versed in transportation and mobility planning, which is paramount given our need for new roads. John has a heart for community service and has a long record of serving the community.

John has provided steady leadership during times of tremendous change at the City of Denton, which included a major reorganization of upper-level management, the retirement of an assistant city manager with nearly 20 years' tenure, and appointments of a new city manager, city attorney and auditor, all in early 2017. The institutional memory John has provided the Council has helped save taxpayers from unnecessary spending and his calm, process driven approach has been a great asset to the City of Denton.

Also, citizens have benefited from John's long-term experience in construction, because he speaks the language of development.  John brings 20+ years of hands-on experience in the building industry, during which time he worked as both a project manager and a licensed electrician. As the City seeks to improve its development process—to benefit both homeowners undertaking remodel/repairs and builders constructing new projects—John's knowledge of this critical area will again prove invaluable.  John has his finger on the pulse of the vast amount of infrastructure and mobility projects going on, and is focused on making planning and development user-friendly and to ensure that the new development code does not have unintended consequences to taxpayers.